Review: Afternoon Tea At The Guardsman 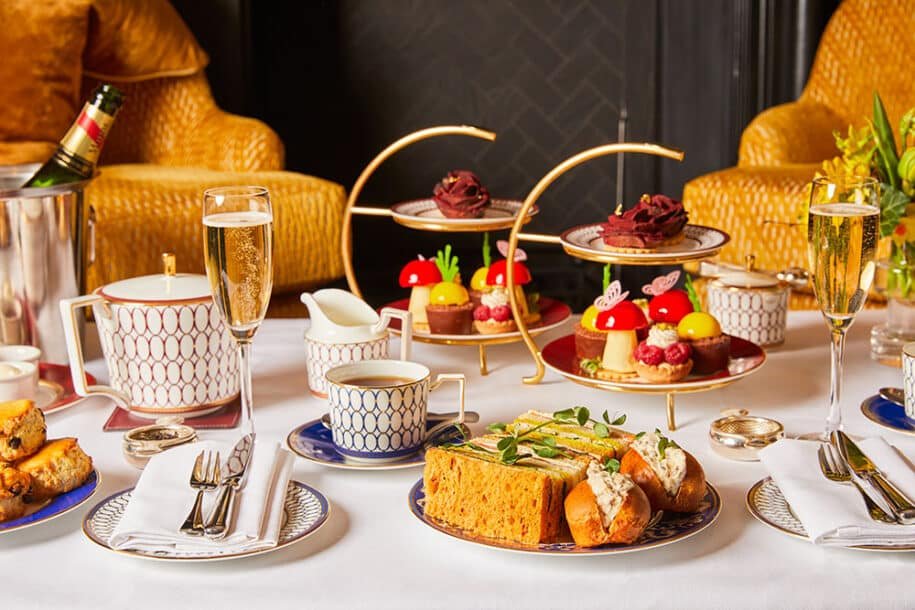 Posted by Thomas Barclay Matchett on May 11, 2022 | Featured

“The Royal Parks are delightful, inspiring and charming spaces. The Guardsman is offering a splendid compliment to the treasures that these offer “

London’s Royal Parks are the finest city on earth’s greatest shared cultural asset. They are accessible, delightful and inspiring; the results from this combination of tradition, care and attentiveness that comes from the top down are there for Londoners and visitors alike to enjoy.

Regrettably, their profile as such is all too often submerged in the cultural consciousness beneath London’s ever swirling curious soup of attractions and events.

Off the leafy corners of St James’s Park and ensconced in threads of modern architecture is The Guardsman Hotel.  Wisely they have drawn upon the inspiration of the best of aspect of their locale to create a fresh, enjoyable and fun take on that great English tradition of afternoon tea.

We start with optional champagne, Perrier-Jouët Grand Brut, served at the corrrect temperature.

The standard of an afternoon tea for The London Storyteller is always set by the smoked salmon sandwiches.  The fish is satisfyingly solid in its constitution; nothing watered down here, it comes from a family of London specialist smokers a hundred years in the game.

One can always tell the quality of an afternoon tea by that of its smoked salmon.  All else is musak to my palette, in this instance though I also enjoyed the roast beef and horseradish, which had the right balance between sweetness and bite. My companion especially enjoyed the truffled chicken mayonnaise on the sugar glaze tinned loaf.

For tea, I chose their Darjeeling which was supplied by Canton.  It was a good blend.

I drink a lot of Darjeeling from Ratan Mondal, who is the greatest living specialist of the art in this city and I would venture in the Kingdom.  I enjoyed this Canton brew. It was fine tea and a balanced compliment.

The scones were well proportioned.  Big scones kill the appetite and robs the afternoon tea taker of the opportunity to enjoy the fullness of their experience.  Unless taken on their own, they are the territory of gluttonous amateurs; these are just right.

Clotted cream, full marks. I opted for strawberry jam. The alternative was lemon curd for which I have had an enduring suspicion in all circumstances that do not involve merangues and have had such since childhood.

And it is here – post scone – in this most inventive aspect of the spread that The Guardsman steps forward with its tour de force; patisseries that bring inspiration from the Royal Parks to the fore.

Strawberry and sponge toadstalls, chocolate roses with a black cherry compôte centre, carrot cake flower pots and a raspberry posy. These are splendid, fun and add a certain “wow” factor to the presentation. For me the chocolate rose is the Regimental Sergeant Major of the spread. The toadstall left me with an internal conflict between eating and my primary urge to whisk it away to a Dover Street gallery for it to be placed on a plinth, so that its presentation could be enjoyed by more widely.

For many visitors to London there is often trepidation around the perceived formalities of the “traditional” part of a traditional afternoon tea; yet The Guardsman offers a relaxed atmosphere in an intimate space which blends the modern with dashes of tasteful traditional paintings hanging on its walls. It is billed as five star but isn’t stuck in the straightjacket of pomposity that other establishments of a similar calibre may find themselves slipping into.

The Royal Parks are delightful, inspiring and charming spaces. The Guardsman is offering a splendid compliment to the treasures that these offer and The London Storyteller gives its afternoon tea a welcoming thumbs up.

Afternoon Tea at the Guardsman, from £45 per person. Enquiries and bookings can be made here.